Collecting and Analyzing Data in Science 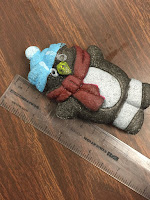 The weird toys that grow when you put them in water make a great hands-on measurement activity. Here's how:

1. Get some growing objects! Here's a set from Oriental Trading that is WAY cheaper than the set that I purchased at a craft store. I got four holiday-themed items (penguin, snowman, Santa, tree), one per group in my classroom.

2. Introduce the students to the activity. I worked with small groups of students as the rest of the class did some volume measurement practice with this activity from Kate's Classroom Cafe. We discussed the activity and made some initial measurements, recording the length and mass of each item at the start of our activity. 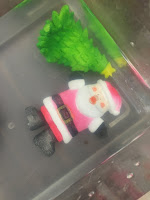 Even though I know that the sixth graders have studied length and mass before, there were still some questions about how find the millimeters and how to record the length in centimeters with a decimal. This initial small group activity was the ideal way for me to figure out what kids can do and what I need to spend more time working on. 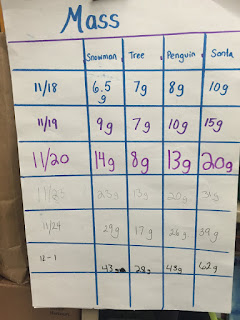 4. Record data day after day! You can make a data chart for students, or engage them in making their own. Because I knew that measurement was an issue, I had kids create their own charts with specific measurements. On some days, groups of students found the data; when time was an issue, I'd pull individual students to do the measurements for the class.

I love the Amazon Basics kitchen scale that I bought for the class this fall. The $12 price tag means I don't have to worry when kids take it to different places in the room or weigh sopping wet penguins on it.

5. Discuss the findings each day. I started the conversation with "What do you notice?" and encouraged the use of scientific vocabulary like increase, greater than, and less than. Kids noticed that the tree lagged behind the others in growth, while Santa stayed true to form (much to their amusement!) When students expressed doubt at the data, as with Santa's growth, I encouraged them to take the next step and do the measurements themselves.

6. Graph. This will be our big task next week. I'm going to have students figure out the intervals and build the graphs from scratch, which will take some time. However, it's definitely something that sixth graders should be able to do! (Plus they'll get to use the fancy markers, which they love.) 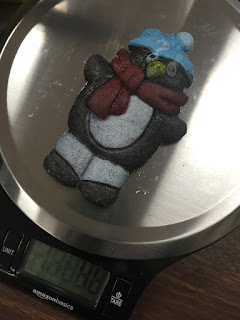 7. Analyze the data. The toys that I bought make an interesting claim: "Grow up to 300%". Stating whether this claim is accurate or not will be a great way to bring our work with measurement into the real world.

I've been excited to see this unfold in the classroom and watch as the students get better with measuring length and mass. It's added a fun dimension to the sometimes dry "Preparing for Science" unit.

News and Notes
As my own kids and I were talking about the gingerbread man during holiday decorating, I got an idea for a story. What were the ingredients that caused the gingerbread man to come to life? And could someone apply the scientific method to making their own living gingerbread? I took these ideas into a fantasy world that I've been playing around with and "Dancing Gingerbread" was born.
By Emily Kissner at December 05, 2015