And we're going to buy glow sticks for the frog! 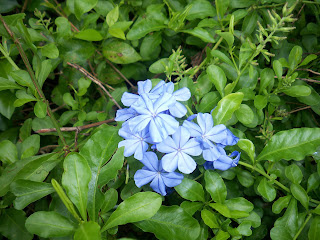 Last week, I wrote about sharing time. Each day, three writers get to share their writing with the rest of the class. I do move students to the back carpet for this, so they are sitting on the floor. The writer gets to sit in a special Authors' Chair to signify the importance of the occasion.

Moments from sharing time are always memorable. Take last week, for example. Ben* was called on to share. He walked forward grudgingly and read, quickly and quietly, what he had written that day. "We have a frog at home. It's wild but it's our pet. It likes to live in our garden. Later we're going to buy glow sticks for it."

He looked up at the class. I looked on curiously, wondering what would happen next. Would they just sit there? Or would they take advantage of this?

Hands went up. "Um, did you say that you were going to buy a glow stick for the frog?" Taylor asked politely.

Ben nodded. There were murmurs of more questions. "Ben, I think everyone else has the same question that I do," I said. "Why on earth would you buy a glow stick for a frog?"

"Oh," he said. "We want it for bugs. You know, they'll come to the glow stick, and then the frog will eat them."

Then it all made sense! The murmurs became more pronounced as students fell into talking with one another. Would that work? What was a glow stick? And is that stuff inside of them poisonous? Just from what Ben had to share, a multitude of writerly ideas were flowing.

Ben looked as if he would do anything to escape from the authors' chair. But I had to help him recognize this moment for what it was. "Ben, do you realize what has happened here?" I asked. "You have fans! How many of you want to hear about what happens with the glow sticks?" Every student raised a hand. "You have a reason for writing now. People want to know what you have to say!"

His face brightened. As sharing ended and we all went back to seats, students clustered around Ben, asking him more questions about his frog.

When we share, we bring others into our world. For younger writers, like my fourth graders, it is an introduction to peer review. They learn about what their readers want to know. They find out what works for their audience, what people want them to add, what kinds of writing are interesting and dull. Many students learn early on what kinds of details can get them big laughs at sharing time--and it's not the dull, formulaic writing, but the writing that is rich and detailed. And they make such excellent writing coaches for each other, coaxing out the details and gently letting writers know when they are not satisfied.

What else happened in sharing today? Across three fourth grade classes, I learned about squirrel pot pie (the slippery kind--what else?), a 15-point buck, a dragonrider who happens to be my son (my name gets used A LOT in their writing), and the complexities of the apple harvest. What an amazing diversity of ideas!