A Week of Pictures 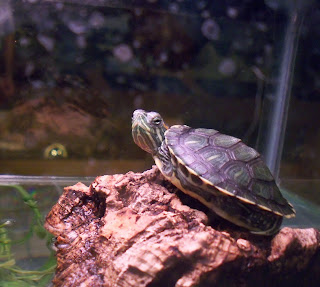 This week we've been working on details that are general and specific. All too often, kids are told to add "specific" details...when they don't really know what this means!

We started our discussion by creating a graphic organizer. Kids wrote "general" at the top of the page, and then drew a long arrow down to "specific" at the bottom. We worked on the ideas of general and specific using a quick Powerpoint that I had created (available soon on Slideshare). I referred back to the graphic organizer over and over again--by having kids point to general or specific after I said an object, by having kids slide from general to specific, and so forth. (Kids loved it when I referred to them in general terms--"you, that person.")

The next day, I used the linear array idea to help students organize ideas from general to specific. Students received index cards with one of the following: a place, a place in Pennsylvania, a park in Pennsylvania, Kings Gap State Park. After I handed out the index cards, students came to the front to arrange themselves in order from general to specific. Of course, a place was the most general! We talked about how this doesn't put a clear picture in the reader's mind. On the other end, Kings Gap State Park was the most specific, because it refers to a specific place.

Other cards I used: a thing, a living thing, an animal, a cold-blooded animal, a frog, a leopard frog. This one generated some discussion, as students often put "cold-blooded animal" as more specific than "leopard frog". Interesting. The big idea here is to show students that there are shades of gray between general and specific, and that ideas can get more and more specific.

Next week, we're going to write to describe photos with nouns, adjectives, and verbs, trying to be as specific as we can.

I guess the test of this lesson came when I was trying to tell a student where the tape was. I don't know why, but the tape in my classroom is always wandering about. "Um--I think it's on the thing at the front of the room," I told a student. She looked at me, sighed, and said, "Mrs. Kissner, I think that was a little too general."