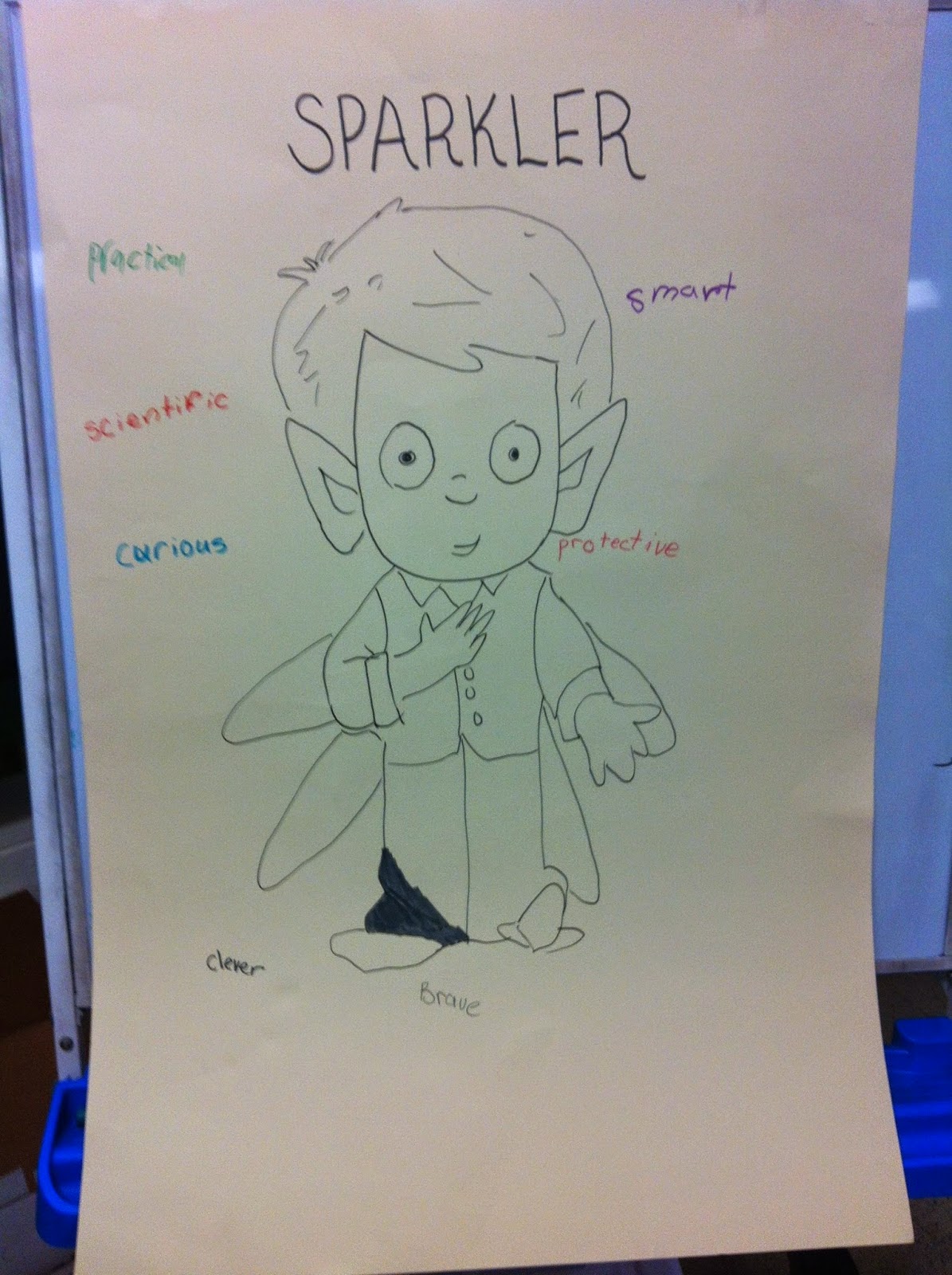 If it's September, I must be teaching about story elements. This week, we have been taking a careful look at character traits. I had to do some quick edits to the classroom version of my Character Traits Powerpoint to delete the pictures of my son--after all, I can't embarrass him by having him on the screen during a lesson!

Traits vs. Emotions
One of the big lessons of fourth grade is getting students to see the differences between traits and emotions. As I was planning for the week of teaching, I was disheartened to see how much misinformation is floating around regarding character traits. A YouTube video started with the example of happy as a character trait. A case could be made that a character who is always cheerful is happy. However, most students apply this word as a fleeting emotion. It muddies the waters to start with such an example! As I teach traits, I try to make sure that students see that character traits are generally stable and unchanging. While emotions come and go, traits usually stay the same. (In stories for children, exceptions to this are highly explicit in how the character's traits change, and make the change in trait a huge factor in the story.)

Finding Traits
I started talking about traits about a week before we really worked with them in details. During our read-aloud, we talked about the character traits that we could apply to the main characters in the books. (With one class, I'm reading Tollins: Explosive Tales for Children; with the other, I'm reading The Talented Clementine.) 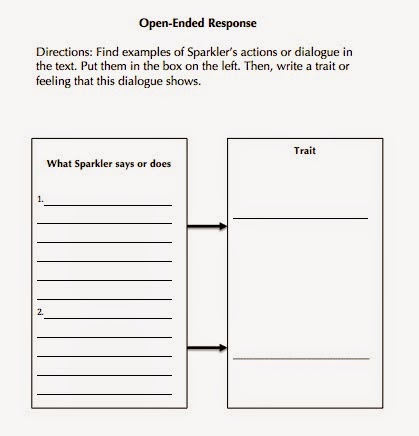 During each reading session, a student sits in the "place of honor" beside the large picture of the character and records the character traits that we develop during the reading. As you can see, Sparkler is clever, brave, curious, and protective. These were traits that students already knew and suggested on their own.

Collecting Textual Evidence to Support Traits
After our preliminary readings to test the waters, I was ready to introduce character traits more formally. I used my (edited) version of the PowerPoint to introduce traits and supporting traits with examples. I gave students a list of character traits. Then, we read more about Sparkler in the Tollins book. I modeled how to use this simple chart to record examples of traits and actions. 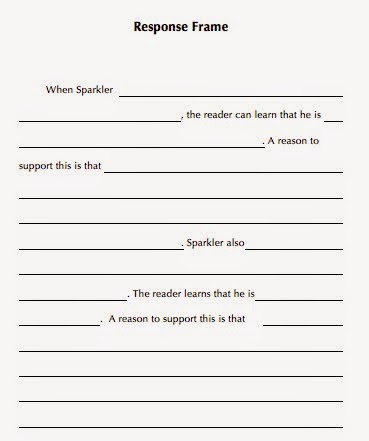 Notice how this has the start of textual support, but is missing a key element: the rule, or the justification. The rule goes beyond the textual support to show how the text detail supports the inference. In the case of Sparkler, we had this information:

In our justification, we have to show how the two pieces of information go together.
Rule or justification: Someone who is persistent works hard and doesn't give up. Copying the books was hard work for Sparkler, but he didn't give up.

I showed students the response frame that includes a place for the character trait, character actions or word, and justification. After I introduced the task, I differentiated by student choice. Students who were ready to work on their own could go work quietly wherever they wanted in the room, while students who still needed some help could stay at the front with me. This was a very productive time for students.

Looking Back, Looking Ahead
This process requires a level of thinking that is tough for fourth graders! However, breaking the process down into the three different tasks was very helpful. It was also helpful to begin this tough level of thinking with shared, engaging text. Students could move through working with evidence, trait, and justification. While I would love to say that everyone got it perfectly after just one attempt, anyone who has actually been in a classroom knows that it is a long process. But it is a fruitful one--teaching students how to justify their text evidence in this particular case is easily transferable to other situations.