Right now I'm working with teaching about stories and story elements in my classroom. This instruction has shifted a great deal in the last few years. As we've moved to the Common Core, I've taken on many topics that are new to fourth grade (like point of view) and delved more deeply into existing topics, like plot and conflict.

Some activities and strategies remain helpful for fourth graders. For example, I have always liked having students arrange story events. I type the events in a table, cut them out, and ask students to work with partners to put the events in order. 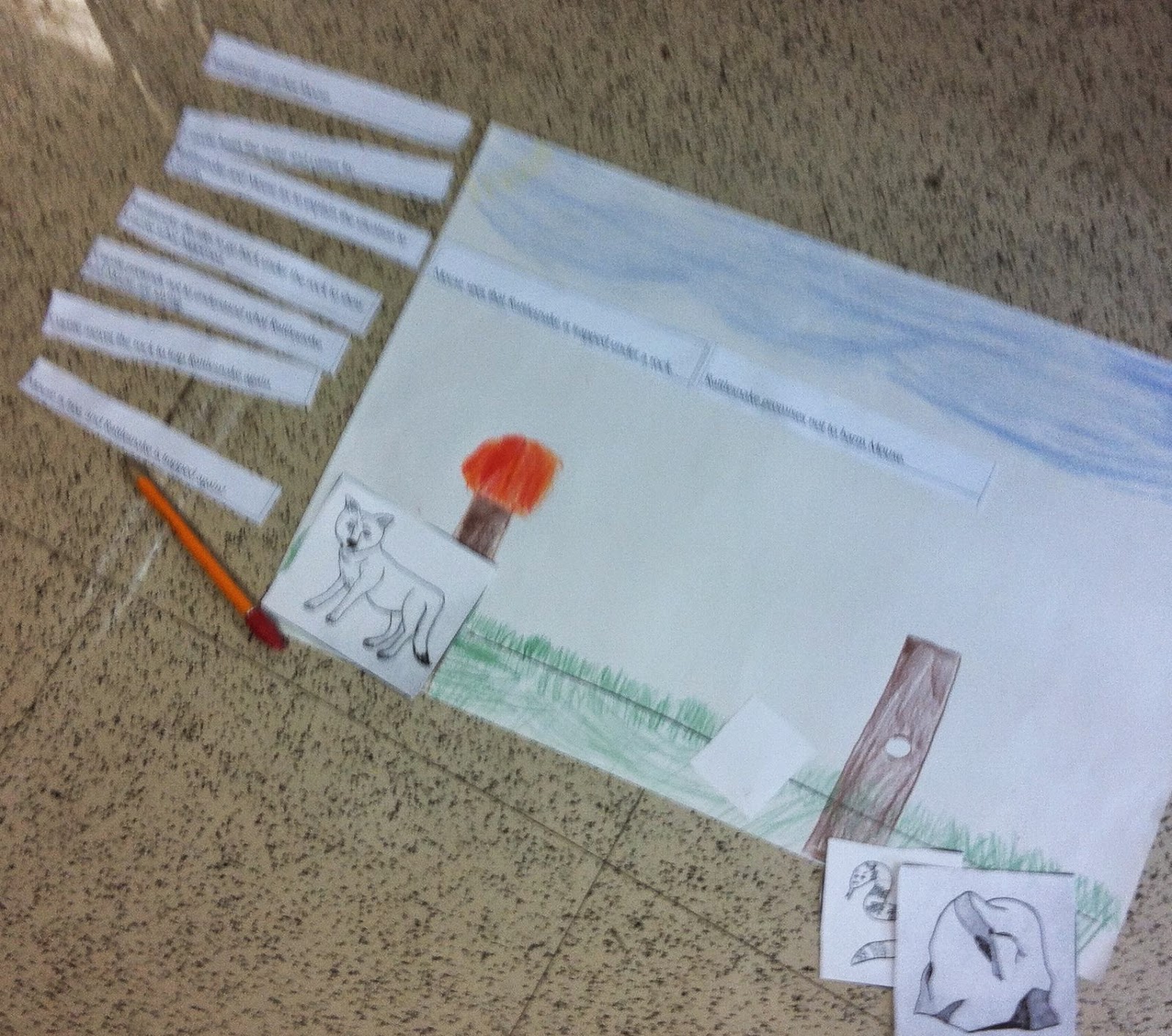 This simple activity shows me so much about what students can do. Sometimes they struggle to put the events in order. I encourage them to look back to the text.

When students don't have trouble putting the events in order, I ask, "Which ones could we leave out?" This prepares students for summarizing, when they will need to select the most important events and leave out events that are not important.

This year, I used the sorting activity to frame a discussion about the parts of the story. Students worked with partners to put the events from the story in order. Then, we quickly talked about the climax of the story. This was a new word for many students.

Many typical definitions for climax say that it is the most intense part of the story, or the part that has the most action. Definitions that show climax in terms of "excitement" often set kids up for frustration--after all, many stories do not have an exciting battle! Instead of defining climax in terms of excitement, I told students that the climax is the turning point--when the conflict begins to be resolved.

Believe it or not, this commercial from Chipotle is actually an excellent illustration of this. Notice how the climax is not a grand or exciting battle, but a change of heart:


After we watched the commercial, we tried to examine where we saw the climax. Partners quickly realized that in order to describe the climax, they needed to have an understanding of the conflict. They tried to hash out whether the conflict was the farmer's use of the land ("Maybe he doesn't have enough food, now that it's winter?" one student guessed) or the farmer's feelings about what has happened.

On the second viewing, they were able to find the climax. One student put it succinctly: "The farmer is like, 'Oh, no, what have I done?'" Another student pointed out that the music reveals the climax: "They give it away! It's in the words of the song!"

Students then took their new understanding of climax back to their sorted story events. I asked, "Which event from the story is the climax? Why do you think this?" Students then discussed their ideas...and there was a wide variation of choices.

We were working with a retelling of a fairy tale, "The Miller's Boy". Some students chose events from the beginning of the story, which seemed quite off at first until I realized that they were drawn to what I'd call the initiating event--the event that introduces the conflict of the story. Once I suggested that they look closer to the end of the story, most groups were able to find and support an event that they called the climax. One group noticed that the author (me, but they didn't really know it) had added a secondary conflict related to the character of Tobias. Looking through this lens, the climax came at a slightly different point. I love it when an activity presents several equally plausible answers!

Listening to the conversations was fascinating. I realized that an understanding of plot structure depends on a clear understanding of the conflict of a story. Without knowing the protagonist's goal, readers can't pin events to an over-arching structure. I ended by asking, "What will you do differently when we read our next story? What will you look for? What will you consider?" Some students said they would look for the climax of the story. Others said they would look more carefully for the conflict.

I'm looking forward to our conversations about both.